As I mentioned before I have three young children, two boys and a daughter. They each have their own personalities. Its sometimes hard to believe they are related. My middle child, has the worst case of "middle child syndrome" I have ever seen. In fact, I think he was destined to be a middle child since the day he was born. He is my little wild man, sometimes wild as-in running around the house, or wild as-in have a temper tantrum because I asked him to wash his hands. His little sister absolutely adores him in spite of his wildness. She looks after him like shes the older sister (shes only young by 15 months). She does the things for him that he refuses to do for himself, just like their mothers does. She is a great mother-figure to her older brothers. I always said if my wife and I ever had to run out quickly, we would leave her in charge of her older brothers. Not every moment of their lives is met without tension, afterall they are brother and sister. There are times, many actually, where they don't get along, but then there are these great moments where they are each others best friend and it's not just limited two these two. The three of them, or a combination of the two of them. These are the moments you like to remember as parents, but sometime it's not always easy. Its easy to forget the moments your children are all getting along and playing nice, its much harder to forget the times they are fighting against each other, especially when its one on one on one. The moments easy to forget are easy to remember with a camera in hand. This photo is one of those moments.

This photo perfectly describes the love my daughter has for her older brother. We where on a train ride at a local zoo. My daughter was sitting in between my son and my wife. My son is a bit on the smaller size of the growth chart, in fact, my daughter is bigger then he is even though she is 15 months younger then he is and she is aware of that. Because of that, as she was sitting next to him, on the train ride, she was worried that her older brother may fall off or get hurt. With her simple "Be careful" remarks to him, she placed her hand on his leg as a way of protecting him. 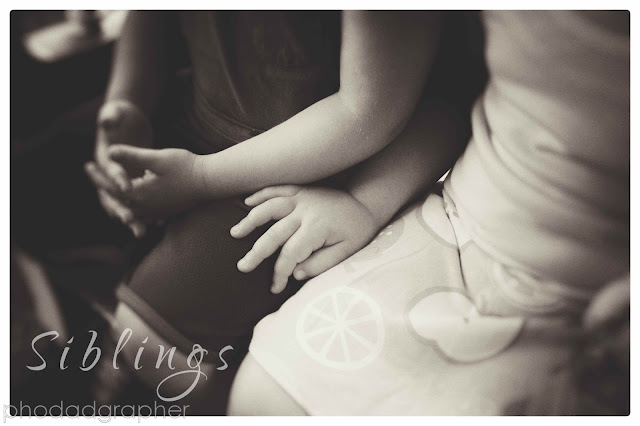 Camera: Canon
Enhanced With: Moldiv for iPhone
Posted by Ralph Trentacosta at 10:55 AM