Baby boy on the way 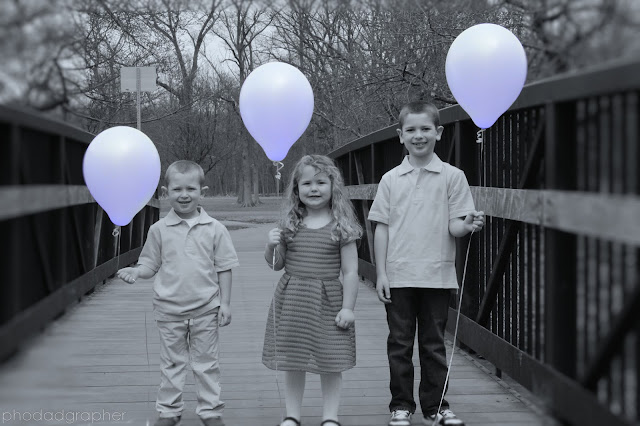 Come September 2017, there will be another one of me running around. Until then, I get to take fun pics like this one of my kids as we look forward to the new arrival. On March 25th, 2017 we threw a gender-reveal party for our family and friends to share the moment when we all find out the sex of our fourth child. It was a surprise not only to our family and friends but ourselves as well. We had a cake made by a local bakery. The cake was to be filled with either a blue or pink middle layer of frosting, obviously the color would represent the gender, blue for a boy or pink for a girl.

Before our guest arrived, we wanted to take some pictures of us and our kids with some colored balloons. We attempted to take the photos in our front yard, but with the seasons changed from really cold to just bearably cold and a snow storm just a little while ago, the scenery was not very satisfying. So we quickly jumped in the car, I grabbed my photo equipment and the balloons and we headed to a nearby park.

My wife chose the location of the bridge, which I agree was a great location. I not being one to like holding people up trying to cross the bridge, I quickly attempted to get all the photos done. We took a few photos with pink balloons and some with blue. At this point we still have not cut out cake so we did not know what we were having. When all was said and done, cake was cut we found out we will be having a boy. This will make it 3 boys to 1 girl in the house. May youngest son was ecstatic while my daughter was a bit upset that she will remain the only girl. I have a great photo showing the my son's "victory is sweet" reaction versus my daughters "the agony of defeat" reaction. I'll have to post that one day.

While I was going through the shots of the kids on the bridge with the balloon, I was focused mainly on the "blue balloon" photos, as that was more relevant at this time. None of those came out as well as the "pink balloon" photo did. I figured this is where creativity needs to play. The photo below is actually a photo of the kids holding a pink balloon. With color replacement tools in Paint Shop Pro, i was able to make the pink balloons blue.

Hope you enjoy my photo and its story

Posted by phodadgrapher at 10:50 AM